For live and premium content, sign up for our email newsletter and we'll send reports directly to your inbox

I first met Will Blair while attending various stops on the Fly Fishing Show tour back in 2014, and his excitement about the fishing and overall experience at his operation in Russia (Best of Kamchatka) was infectious. Back when Kamchatka was just an idea, Blair says he knew that the experience was one that would warrant a leap of faith, so he took out a loan in the fall of 2004 to start The Best of Kamchatka and never looked back. It was an endeavor that paid off, and Will’s outfit is responsible for the rise of the spectacular trout fishing on the Kamchatka peninsula, and he has now been operating there for over 20 years. It was a discovery that rattled the fly-fishing world. Now, Kamchatka is as widely celebrated as Alaska, Patagonia, or any other destination in the world.

Fast forward to 2019 and Will is splitting his time and energy between Kamchatka and his newest endeavor, Lost Key Lodge. From Russia to the Bahamas, you could say it’s a big leap, but if you look closely enough it has all the signature qualifiers for Blair. Lost Key Lodge is remote, unexploited, and full of fish that have never seen a fly before.

Ragged Island is not only remote; it is barely inhabited and has been largely forgotten by both Bahamians and tourists alike. Ragged Island sits just 60 miles north of Cuba, and, aside from its relative isolation, it is un pressured, as Lost Key is the only discernable outfitter in the area. Much like Kamchatka, Blair has plans to keep it as lowly pressured as possible through a very conservative angler cap he is self-imposing to keep pressure low and the experience high. This is what he had to say about the operation:

As someone who is most often associated with Kamchatka and rainbow trout fishing, what is it about Ragged Island that that made you want to get involved?
I had heard about this place when the lodge was originally built. This was 2008 – 09. There is a story there, but I am not going to be the one to tell it. I’ll just tell you that I heard that it was place where people just didn’t go, regardless of its proximity to great fishing. Fast forward a few years, and an acquaintance of mine introduced me to Phicol Wallace, who actually owns the physical lodge property. Phicol was interested in bringing an economy back to Ragged of any scale and, as owner of this property, had an opportunity to do so. So I went down on the mailboat last fall to get the entire Exuma feel and found a place with a lot of big mature fish and no people.

Lost Key Lodge will be opening its doors to the first clients in the spring of 2020, correct? So far, what has the fishing been like in the area?I spent quite a bit of time over the past couple of years on Ragged and the populations of species in the area is incredibly strong. Last spring I took a crew of young guys down and we made a film for the upcoming F3T Film Tour. We saw and caught permit and something I have never done before; bonefish on gurglers. The fishing was exceptional last spring. 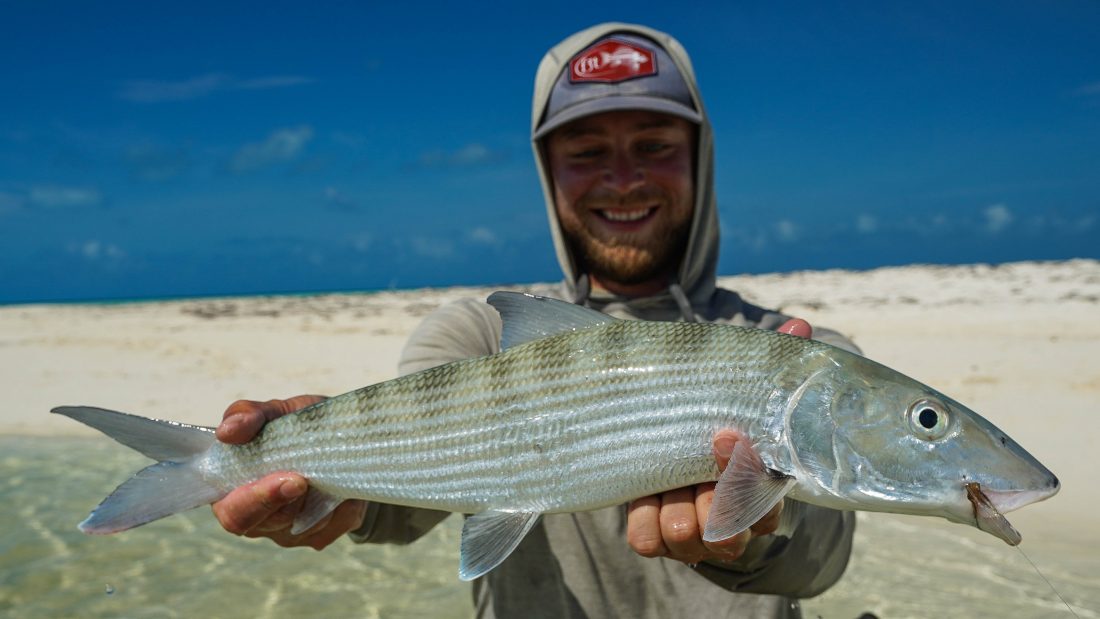 You say that anglers will likely not see another soul while fishing at Lost Key Lodge, and that you plan to keep the pressure low. How much good fishing water is in reach, and how many anglers do you plan to lodge per week?
Those are good and pertinent questions. There are quite a few wadeable flats on big Ragged itself, and all the Cays north up to Raccoon Cay have good size flats. The flats are not muddy and make for nice fishing on your feet. The permit we caught last spring was while wading. As for numbers, we will have only 4 anglers per week.

Besides bonefish, what types of fish/fishing is available?
This is where the Jumento Cays shine. There are big permit, and huge barracuda. One of the really fun flats fish that I had not caught before is Oceanic triggerfish, and we caught a lot of them. There are just a lot of fish. Also there is incredible bluewater fishing right off the island. I caught mahi in the fall and yellowfin tuna this spring; all very close to the islands.

Could you talk a little about the food, the accommodations and the travel to Lost Key Lodge?
The lodge was built with a fully equipped commercial kitchen. Erica Wallce, Phicols wife, will cook with an assistant. It will be Bahamian style with lots of fresh fish. Also we will include as much fresh produce as possible. While we will have at least some kind of fish every night, it will rarely be the main dish. With the lobster and all the incredibly fresh seafood in the area, the food will definitely be part of the reason to come here.

Getting to Lost Key is actually easy with direct flights from Atlanta on American to Georgetown Exuma. We have a 5 seat Aztec contracted to fly our guests in from there. It is a 35-minute spectacular flight. At the lodge, everyone will have a single room. Everything is brand new and recently painted. The place is pristine and very nice. Phicol is quite a craftsman and it really shows.